Translator services are one of the nation’s fastest growing occupations. According to the U.S. Labor Department, translator jobs are expected to grow 46% between 2012 and 2022. The fact that the translation industry is thriving only points to one thing: The ever -increasing value added by professional translation services — especially for the Spanish language.

As reported by the News & Observer, experts say, “Translators’ relative immunity to the nation’s economic downturn also highlights the growing demand for multilingual speakers in an increasingly globalized economy.”* Why, in the midst of a recession, did the demand for translators continue to grow? Multiple reasons: 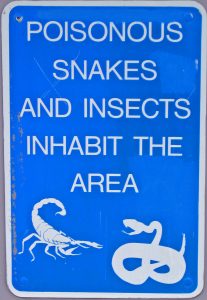 Some information is crucial to be translated for people to understand.

So, what’s the big deal when it comes to translating your organization’s documents? I’ve already discussed the growth of the Hispanic population in the U.S., the importance of effectively communicating with Hispanic audiences, and the increasing purchasing power that the Hispanic population possesses. But there’s another, more simple explanation that proves the value of translating your business-critical documents from English to Spanish:

“Any miscommunication could cause a deep financial loss or death… In some cases, a proper translation or interpretation is vital. If a user’s manual for medical equipment is not translated well, it could lead to confusion during an emergency.”*

Translating your documents into a worker’s native tongue can help avoid serious complications that have critical impacts on your business, such as translating an employee handbook that includes important safety protocols or outlines OSHA standards. In this example alone, failure of employees to fully comprehend the information may lead to financial penalties, inefficiencies in processes or lack in productivity, or even physical danger or death to workers.

In short, there is a very basic rationale supporting the significance and urgency in translating your documents to Spanish, and globalization has fueled the translation industry and will only grow more prominent as time goes on.

Don’t wait until it becomes a mandated requirement to translate your documents. Contact us using the form below, or give us a call at 919-995-2986 to see how we can help you fulfill this necessity, today!

Why do so many Hispanic marketing initiatives fail?
The Christmas Eve Flower: Poinsettias in Hispanic Culture