Read these interesting facts about the Hispanic population.

Looking for a Spanish Translator Who Knows and Understands the Mexican People and Culture? 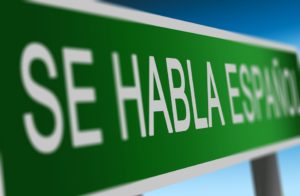 Do not hesitate to call 919-995-2986 for all your Spanish translation needs such as Spanish Document Translation, Employee Handbook Translation, Spanish website translation, or Spanish interpreter services by a Mexican lawyer in Raleigh, North Carolina.