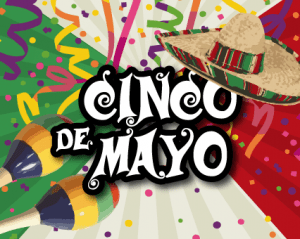 Cinco de Mayo is celebrated by both Hispanic and non-Hispanic Americans across the U.S. In Raleigh, NC, local businesses across the Triangle recognized the holiday by celebrating Mexican heritage and culture with food, music, and of course, drink specials.

It’s great that we embrace other cultures and traditions, but it’s just as important to know exactly how the tradition is celebrated by the target audience of U.S. Spanish-speakers. This is a classic example of the importance of cultural relevancy in English to Spanish translations.

Common misconceptions about Hispanic culture and traditions can literally render a marketing campaign or business document useless in terms of ROI (and actually hurt you), and unfortunately, online translation tools like Google Translate cannot catch these issues. One small mistake or seemingly trivial typo could change the entire sentence’s meaning and, even worse, ruin your brand reputation and respect for your company, book, or organization.

I can’t stress enough the importance of hiring a professional English to Spanish translator for all of your documents, websites, campaigns, and anything that targets this demographic. Maintaining cultural relevancy and contextual accuracy is nothing short of vital for all communications targeting Hispanic Americans.