Home » Blog » How to Genuinely Connect with Your Hispanic Audience 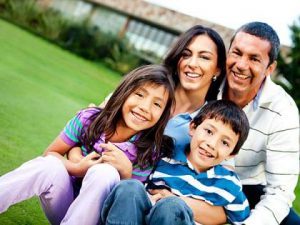 Why is it important to know this?

Because if you’re a business owner, you don’t want to leave out an entire population of potential customers. In order to connect with your Hispanic audience, you can start with the basics:

The last item on this list is one we want to go into more detail about. We’ve seen numerous businesses struggle with connecting with their Hispanic audience, trying marketing strategies that ultimately backfire. To help you reach out authentically, we want to share some tips.

Understanding the Difference Between Hispanic and Latino

While some people use these terms interchangeably, there are some differences. Hispanic refers to those who originate or whose family comes from a place where Spanish is spoken. It’s generally more formal and is most often used in official capacity, like on Census forms and in statistics.

Latino, Latina, or, more recently the gender-neutral Latinx, refers to geography and is often used by people from Latin American nations, including:

While there’s rarely, if ever, a need to refer to Hispanic or Latino in your business or marketing, it’s important to know the difference.

The Hispanic population is incredibly diverse, and there are a wide variety of cultural differences between regions. If you have a local business, know where people in your area are from and learn about their culture so you can come from a place of authenticity. For example, understanding the language nuances of your local Hispanic population as opposed to using traditional Spanish in your materials will improve your connection and, more importantly, prevent using terminology that may be offensive.

Communicate with Respect to Your Audience

One of the biggest mistakes a business can make when trying to reach out to a Hispanic population is to lean into stereotypes with little genuine caring for their culture and traditions. Often called hispandering, this will turn away potential customers and even lead to negative press and reviews.

For example, having a “Cinco de Mayo” sale and using stereotypical imagery, such as maracas and mariachi bands in your advertising would come across as disrespectful and inauthentic to your target audience. Rather than feeling included, this, or a similar action would show that your business was simply trying to get business from a Hispanic audience without taking the time to get to know them or earn their respect. Even worse, they may feel excluded and made fun of.

Instead, focus on reflecting your brand and using your authentic voice while including Hispanics in your message.  Focus on local culture, language, and customs in a way that’s inclusive. By showing your respect, you’ll gain trust.

Test Your Campaigns with Hispanic or Latino People First

There have been a lot of ad campaign and marketing mis-steps that could have been avoided if the business simply had spoken to Hispanic people first to see how the message came across. Before you launch a commercial, an online ad, or a social media campaign, connect with people from the culture you’re trying to reach.

Here at English to Spanish Raleigh, we’re a team of native Spanish-speaking translators who were raised in Hispanic countries but have lived in the United States for many years. We use our expertise and cultural knowledge to assist businesses to ensure cultural sensitivity and customized information reaches your target audience.

Contact Us for Assistance with Connecting with a Hispanic Audience

You want to increase your business and reach a growing Hispanic market, and we can help. Instead of relying on Google Translate that causes errors and inaccuracies, we can deliver your message  with respect, accuracy, and in a voice that connects with the local population. To get a quote or learn more about our services, contact us today at 919-995-2986 or fill out our contact form to get started!

Increase Your Business with a Spanish Website
What is the Difference Between Translation and Interpretation?