September 15 through October 15 is National Hispanic Heritage Month – a time to commemorate the contributions made by Hispanics to the well-being and advancement of the United States. During this time, Hispanics and non-Hispanics alike celebrate the heritage and culture, and honor the rich history of Hispanic involvement that has helped shape our nation.

While there are many aspects in which Hispanics have played a pivotal role in, we would like to pay tribute to the brave Latino men and women of the U.S. military. (All members of the military deserve our deepest gratitude – regardless of ethnicity!)

A Look at Hispanics in the Armed Forces

Hispanic and Latino Americans have served in the U.S. military dating back to the beginning of America, the American Revolutionary War. Countless Hispanic men and women have paid the ultimate sacrifice to establish, build, and maintain this great nation. This is not just Hispanic heritage – this is interwoven into American heritage. 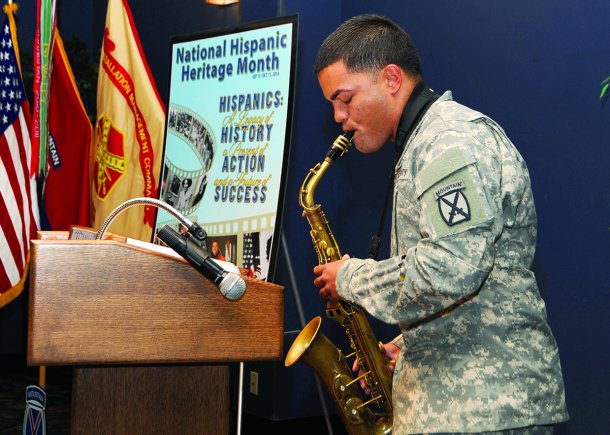 Having played a part in wars such as the Civil War, WWI, and WWII, the presence of Hispanics in the U.S Armed Services has only grown.

Connecting Hispanic Culture to the Military

An essential factor of reaching the growing Hispanic population is cultural relevancy – knowing the numbers and stats is only half the battle. So it’s important to understand the link between Hispanics, and why their numbers in our military are increasing.

The Hispanic culture nurtures a belief system that places family as one of the top priorities. Many Hispanic men and women who join the Army, Marine Corps, Air Force, or other military institution do so because it directly enables them to protect and serve their families. This, combined with the more widespread reason of joining to assist in their higher education, are two reasons why Hispanics feel compelled to continue on the path paved by so many Hispanic servicemen and women, veterans, and active duty members.

Slideshow: Latinos who have achieved landmarks in the U.S. military

As native Spanish-speakers, our team is passionate about sharing the significance of Hispanic involvement in both past and present times. This motivates us to provide our professional translation services, as we hope to strengthen the bond between Hispanic culture and the greater society.

There are many areas and ways to recognize Hispanic Heritage Month. What will you do to celebrate this period of commemoration?

Happy Hispanic Heritage Month and thank you to all of our proud U.S. soldiers, Marines, airmen, sailors, and coast guardsmen!